Is Pennsylvania on the Cusp of Legalizing Recreational Marijuana? 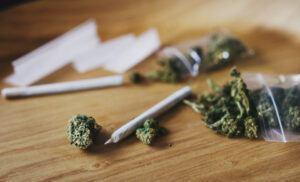 Is Pennsylvania on the Cusp of Legalizing Recreational Marijuana?

It’s been less than five years since Gov. Tom Wolf signed the bill that legalized medical marijuana and just over two years since the first Pennsylvania dispensaries opened. In that time, dispensaries have sold more than $1 billion worth of marijuana to approved patients. Marijuana has proven to be big business, which has some people wondering whether Pennsylvania will soon join neighboring states in legalizing recreational marijuana.

One bill, introduced in 2019, would generate $500 million in the first full year of legalization, according to the legislation’s sponsors. Senate Bill 350 would also expunge the convictions for those who have cannabis-related crimes on their records. SB 350 has not progressed any further since its introduction.

A second bill, introduced in February 2020, aims for similar goals. House Bill 2050 would legalize recreational marijuana and provide what the sponsor, Rep. Jake Wheatley, calls a “Cannabis Clean Slate,” which means releasing those currently in jail for cannabis-related crimes and expunging their records.

With hundreds of millions of dollars in revenue available, perhaps Pennsylvania’s legislature will have sufficient incentive to act on these measures. The pressure of neighboring states like New Jersey legalizing recreational use makes Pennsylvania’s action seem even more likely. How soon it will happen though, is hard to predict, especially given that none of the three pending bills have gained much traction.

As a criminal defense lawyer with extensive experience in drug crime cases, I have seen far too many good people convicted of marijuana crimes. In Pennsylvania, marijuana possession of less than 30 grams is a misdemeanor carrying a $500 fine and/or 30 days in jail, which is usually suspended in favor of probation. However, convictions still leave people with stains on their records. Making marijuana legal and erasing past marijuana convictions would allow many people to get a fresh start, free of the stigma of a criminal record.

If you need a criminal defense lawyer to fight a marijuana charge or any other drug charge in Pennsylvania, please reach out to my firm, Matthew R. Zatko, Attorney at Law in Somerset. I have more than 20 years of experience helping people like you. Get a free consultation with me by calling 814-443-1631 or contact me online.