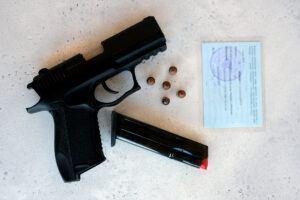 Legislation now moving through the state House of Representatives and Senate would make it easier for qualified Pennsylvanians to carry concealed firearms.

The proposed bills would amend the law to eliminate the need for concealed carry licenses for Pennsylvania residents who are at least 21 years old and who have legally obtained a firearm. “These people have already gone through background checks when they purchased that weapon so they would not need to go through those same background checks again,” said the House sponsor, Republican State Rep. Aaron Bernstine.

Concealed carry of firearms without a permit, also known as “constitutional carry,” is allowed in 21 states. Under the Senate proposal, Pennsylvania residents could still obtain optional concealed carry licenses permitting them to carry their weapon concealed in states with laws similar to Pennsylvania’s current licensing system.

The bills face opposition from Democratic lawmakers, gun control advocates and some high-profile law enforcement officials. Philadelphia Sheriff Rochelle Bilal said her city could become more violent if the proposals become law. “How would you be able to tell who can legally carry a gun and who can’t if you eliminate a permit to carry a concealed weapon?” she asked.

Both the House and Senate bills have advanced along strict party lines. Given that Republicans control both chambers, it appears likely that the concealed carry license requirement will eventually be eliminated.

The proposals do not eliminate the point-of-purchase background checks nor do they change any of the other rules about who can buy firearms. A charge of violating the state’s gun control laws demands effective criminal defense counsel, since serious penalties can be imposed.

My firm, Matthew R. Zatko, Attorney at Law, is experienced in all aspects of Pennsylvania criminal law, including weapons offenses. If you are charged with a firearms violation such as carrying without a license, call my Somerset office at 814-443-1631  or contact me online for a free initial consultation. I serve clients in Somerset, Bedford and Cambria counties and all surrounding areas.