Why Would the Police Pull You Over When You Didn’t Do Anything Wrong? 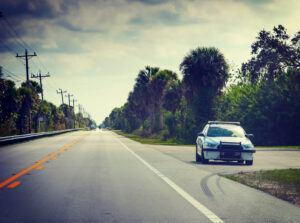 You are driving on a Pennsylvania highway and you notice a police car following you, even though you’re not speeding, driving erratically or otherwise violating traffic laws. Suddenly, the police car’s lights are flashing. As you’re pulling to the side of the road, you’re thinking, “What did I do wrong?” The answer may be nothing. You in fact may be the target of a pretextual stop.

The Pennsylvania State Police and other law enforcement agencies in the state actively engage in interdiction programs in which they stop drivers on the pretext of a traffic violation but with the intent of eventually searching the car for drugs or weapons, untaxed cigarettes or other illegal contraband. Before they can search the car, they must have reasonable suspicion to stop the motorist. But this is a very low standard. A broken taillight, a failure to signal lane changes or any other traffic violation are all sufficient reasons.

Once police have stopped you by the side of the road, they must have probable cause in order to search your vehicle. Certainly, the strong odor of marijuana or the presence of a weapon in open sight would be sufficient to justify a search. Absent such obvious indications, the police officer may engage in detailed questioning of the driver in order to develop probable cause. A driver might become nervous during the questioning which, to the officer, may be suspicious. In addition, the police may detain a driver for an undue length of time while they make observations about the vehicle. Eventually, they may obtain a search warrant telephonically based on what they discover.

However, an experienced Pennsylvania criminal lawyer would argue to a judge that these investigative actions, which are unrelated to the stated reason for the traffic stop, should not be considered a reasonable basis of probable cause to justify a search. Apparent nervousness, sweating hands or a disheveled appearance are not necessarily indications of criminal activity. An attorney would also argue that detaining a driver for two or three hours for a minor infraction like following another car too closely was not legally justifiable. If a judge agrees, any evidence discovered during the search would be ruled inadmissible in the criminal case.

Because every fact matters in these cases, defending them requires great skill in cross-examining the arresting police officers and in making persuasive arguments for suppression of seized evidence. Matthew R. Zatko, Attorney at Law has more than 20 years of experience representing people facing criminal charges after having been improperly stopped by police in Pennsylvania. Call my Somerset office at 814-443-1631 or contact me online for a free consultation.