Be Careful What You Post! Understanding Defamation, Slander and Libel 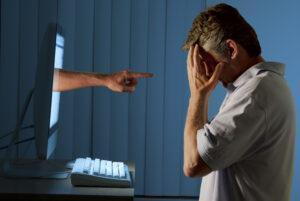 Be Careful What You Post! Understanding Defamation, Slander and Libel

In the 30 years since it was first launched to the public, the World Wide Web has given people an unlimited forum to air information and opinions publicly to wide audiences. This opening up of discourse has provided opportunities for countless bloggers, commentators and others outside the traditional journalism profession to have their voices heard. At the same time, those who publish online can easily be accused of defamation, which means causing harm to others through false statements.

If you have been accused of defamation, preparing a defense begins with a basic understanding of Pennsylvania law. Defamation may consist of falsely accusing someone of committing a crime, having a loathsome disease or performing a debasing act that would lead society to exclude them. It also includes making false statements that harm someone’s career.

Defamation can occur in one of two forms:

If you are sued, the case will proceed differently depending on whether the plaintiff is a private or public figure. A private figure only needs to prove that you were negligent in making an untrue statement that caused injury. For a public figure — such as a government official or a celebrity — the standard is much higher: they must prove that you knew your statement was false or that you recklessly disregarded the truth.

Whether or not you are a professional journalist, the statements you post online are held to the same standards. As a result, you can raise the same defenses to alleged defamation, which include arguing that your statement was:

You should consult with an attorney familiar with the basics of defamation law if you find yourself accused. As with all things free speech-related, there are many complications and nuances. Whether a statement is opinion or fact often depends on the context in which it was made. In addition, sharing or retweeting an online statement can be just as defamatory as the original posting.

If you are accused of slander or libel, Matthew R. Zatko, Attorney at Law, can assess the situation and stand up for your rights as a speaker or author online. Reach my Somerset, Pennsylvania office by calling 814-443-1631  or contact me online for a free consultation. I serve Bedford, Cambria and Somerset counties and the surrounding areas.