Civil Forfeiture: What Happens When Cops Seize Money from Your Car After a Stop? 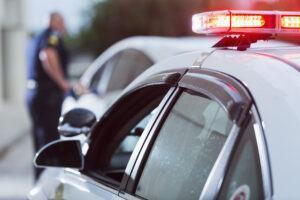 Civil Forfeiture: What Happens When Cops Seize Money from Your Car After a Stop?

If you’re pulled over in Pennsylvania for a motor vehicle violation, such as speeding, running a stop sign or reckless driving, you may think that the worst punishment you face is a traffic citation. But if police officers question you and reasonably suspect you are carrying drugs, they have the right to search your vehicle and to seize cash or property they find, as well as your car, in an action known as civil forfeiture. Even if you are acquitted, that property can remain in the possession of the state government.

Pennsylvania police seized more than $15 million through civil forfeiture in 2018 alone. A local DA has defended the practice by stating that forfeiture takes away the profits of drug dealing, lessening the incentive for people to commit such criminal acts. But people’s fundamental rights are at issue when their property is seized by the government, to be used however the state sees fit. Pennsylvania has become known for its propensity to seize assets. The Institute of Justice has given state a D- grade for the unfairness of its forfeiture laws.

If your money or property was seized following a traffic stop, your only chance of getting it back is to petition the Court of Common Pleas in your local county. The government uses many tactics to try to prove that the money is in some way connected to the drug trade. Ion scans are one form of scientific evidence that the police will use to show elevated levels of drug residue on currency which may link the cash to drug activity.

Pennsylvania courts have an expansive view of what constitutes such a link. In Commonwealth v. Three Hundred Ten Thousand Twenty Dollars, a driver was stopped for speeding and subsequently found to be carrying more than $310,000 in cash, which was seized by law enforcement. The Commonwealth's forfeiture petition was granted by the trial judge, who concluded that the cash had been used for trafficking in illegal drugs. This was based on the results of an ion scan that showed cocaine “in excess of the levels expected to be found on currency in general circulation.” On appeal, the Commonwealth Court of Pennsylvania found that the higher-than-normal levels of drug residue on the currency seized showed a sufficient nexus to illicit drug activity, justifying the forfeiture.

If your money or property has been seized by the government, you have the right to a hearing in court. It is advisable to hire an experienced attorney to represent. If your attorney is able to convince the court that the money seized was not connected to illegal activity, you have a chance to get all or a portion of it back.

Matthew R. Zatko, Attorney at Law draws on more than 20 years of experience representing Pennsylvanians in drug and civil forfeiture cases. To schedule a free consultation at my Somerset office, call me at 814-443-1631 or contact me online.