Good People Make Bad Decisions: Why ARD Is Designed for You 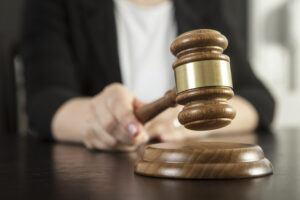 A person who has gone their entire life without getting into legal trouble might one day get behind the wheel after too many drinks, use recreational marijuana or make another poor decision that leads to a low-level criminal charge. Fortunately, Pennsylvania has a specific remedy. The Accelerated Rehabilitative Disposition (ARD) program offers people who make uncharacteristic mistakes a way to avoid having a criminal record.

Examples of crimes that may qualify for ARD include first-time DUI and various minor offenses such as shoplifting/retail theft, several other theft crimes, certain drug possession charges, vandalism and a few other misdemeanor crimes. ARD is almost never offered in felony cases or for violent crimes.

To be eligible for ARD, you must meet certain criteria:

These requirements are not necessarily set in stone. In some cases, it may be possible to get ARD even if you have a prior arrest, for example. But they hold true in most circumstances.

The decision to allow someone into the ARD program is the district attorney’s alone. The judge is not involved in the ARD selection process. Because of this, it is important that your defense lawyer have a good relationship with the local district attorney.

If accepted into ARD, you will need to satisfy certain conditions, which typically include performing community service, attending classes and paying fines and costs. If you successfully complete all the conditions within the required amount of time, your defense attorney will then file a motion for dismissal of the charges. The state can object to dismissal, which it does very rarely, but in that case a hearing will take place.

After any objections are resolved, the judge orders dismissal of the charges and at the same time orders expungement of the arrest record. Expungement requires the state to destroy all the records that you were ever arrested. This is the reason ARD is so desirable.

At my Somerset law firm, Matthew R. Zatko, Attorney at Law, I am ready to help you pursue the ARD program and help you move beyond your mistake. I know you’re a good person and I’ll do my best to make sure the DA knows it, too. Get a free consultation with me by calling 814-443-1631 or contact me online.