Is the Vena Cava Filter the Latest Faulty Medical Device? 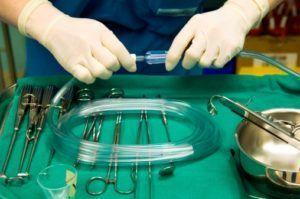 In recent years, many medical devices patients relied on have proven to be defective: artificial hips, implantable defibrillators, catheters, and vaginal meshes, to name a few. Recently, injuries allegedly caused by the inferior vena cava (IVC) filter have given rise to numerous lawsuits throughout the country. The PennRecord recently reported on an example of this type of litigation, which is instructive for understanding the problems with the IVC filter in particular and products liability litigation in general.

Three plaintiffs from Pennsylvania and Tennessee filed lawsuits in the Philadelphia County Court of Common Pleas against Rex Medical L.P. of Conshohocken and Argon Medical Devices, Inc. of Dallas, Texas, alleging Rex’s Option Retrievable IVC filter, marketed by Argon, had harmed patients, one of them fatally.

According to the complaints, “An IVC filter is a device that is designed to … “catch” blood clots (called thrombi) that travel from the lower portions of the body to the heart and lungs.” Retrievable IVC filters look like tiny, inverted umbrella frames, small enough to be placed temporarily in the inferior vena cava, a major vein in the leg through which oxygen-depleted blood travels back to the heart. After the danger of the patient developing blood clots has passed, doctors remove the IVC filter. Unfortunately, too many retrievable IVC filters have malfunctioned before doctors could retrieve them.

The results can be catastrophic:

To date, the IVC filter has been blamed for dozens of deaths and hundreds of serious injuries throughout the country. If you or someone you love has suffered complications from an IVC filter, you should seek medical attention and speak to an experienced attorney immediately.

Matthew R. Zatko, Attorney at Law represents victims of defective products in the Somerset, PA area. Call us at 814-443-1631 or contact my office online to schedule a free consultation.