Shut Up, Give Blood, Call a Lawyer: What To Do in a DUI Arrest 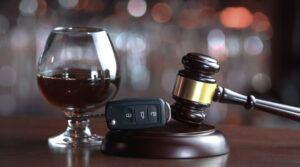 A charge of driving under the influence can negatively affect your life whether or not you’re convicted. If you are a first-time Pennsylvania DUI offender, the good news is you most likely won’t face felony charges. If you have a history of DUI, though, you could be looking at very heavy penalties. Whatever your history is, there are certain things you should do and avoid doing at a DUI traffic stop.

When you’re pulled over and DUI is suspected, you’ll likely be required to submit to a chemical test. A breath or blood test may be requested by the officer, depending on the practices of the police department in the area where you were arrested. If the officer suspects you are under the influence of drugs, a blood test will be administered, since breath tests cannot detect drugs.

Your first question is probably, “Do I have the right to refuse?” You can read my in-depth answer to this question here. Basically, refusal to take a breath or blood test means your driver’s license will be automatically suspended for a year. You cannot be prosecuted for refusal, because it is not a crime in Pennsylvania. However, the fact that you refused can be evidence against you in a DUI prosecution — provided the arresting officer observes an important protocol.

If it can be proved that the officer failed to give the O’Connell warnings, your refusal is not admissible evidence in court.

As an experienced Pennsylvania DUI lawyer, I believe you should always cooperate with an officer’s request to take a breath test or blood test. The penalties for refusal may not be criminal but they do affect your driving privileges and will be a part of your record if you are arrested again for DUI. I recommend taking the test, then contacting a DUI defense lawyer as soon you are released from custody. At that point, your lawyer can begin analyzing the situation, gathering evidence and advising you as to the best approach in your case.

If you have been accused of DUI, say as little as possible, submit to chemical testing and then call Matthew R. Zatko, Attorney at Law. My Somerset law firm has handled hundreds of DUI cases and I am ready to help you fight your charges. Call 814-443-1631 or contact me online for a free consultation.