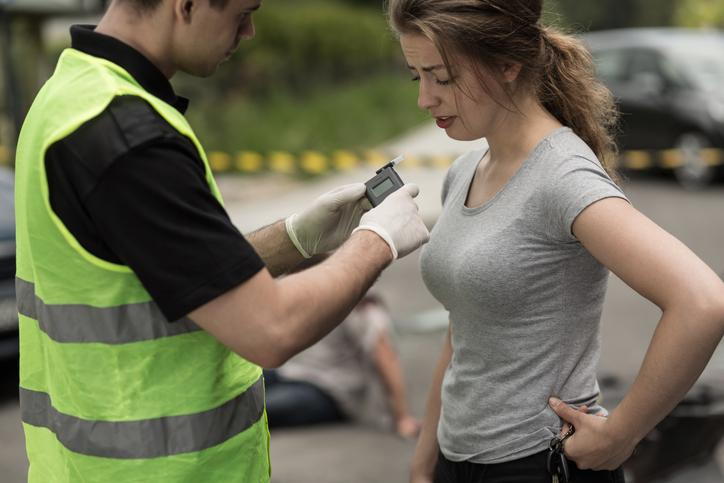 In Pennsylvania, drivers are prohibited from operating a motor vehicle with a blood alcohol concentration (BAC) of .08 percent or above. The legal limits are even lower for commercial drivers (.04 percent) and for drivers under 21 years of age (.02 percent). If you’re stopped by police on suspicion of driving under the influence (DUI), you may be asked to submit to a breath or blood test, either at the scene or later at a police station. Fearing what the test may show, you may be naturally inclined to refuse. But what happens if you do?

Pennsylvania is considered an implied consent state. This means that if you drive your vehicle within the state’s borders, you are deemed to have agreed to take a BAC test upon police request. Refusal results in automatic license suspension under Pennsylvania law as follows:

Unlike DUI, refusal to take a BAC test is not a crime in itself and so carries no jail time or fines. However, you can still be prosecuted for DUI even without a BAC test and the fact that you refused to take one can be admitted as evidence against you.

Can you be convicted of DUI without proof of a BAC above the legal limit? The answer is yes. Law enforcement officers are trained to spot drunk or impaired drivers by a host of indicators, such as:

Any of these factors can serve as reasonable suspicion of DUI, justifying a traffic stop, and may also give the officer probable cause to request a BAC test and to arrest you. The officer’s testimony about these outward indicators, as well as about your refusal to take the test, can be sufficient to convict you.

While breath-test refusal is not to be condoned, the police officer’s testimony is not as objective as BAC test results and as such is more open to challenge in a DUI trial. The best thing to do if you’ve been stopped on suspicion of DUI is to tell the police officer that you wish to call your lawyer on your cell phone immediately. This will indicate to the officer that you wish to protect your rights.

To learn more about how a qualified criminal defense attorney can assist you in dealing with Pennsylvania DUI and/or breath-test refusal charges, call Matthew R. Zatko, Attorney at Law at 814-443-1631 or contact me online to arrange a free consultation at my Somerset office.