What Can You Do When You’re Wrongly Accused of a Sex Crime? 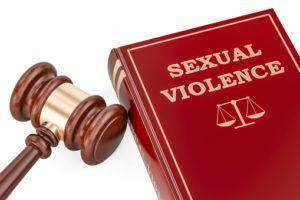 What Can You Do When You’re Wrongly Accused of a Sex Crime?

Being wrongly accused of a crime is bad enough, but when the charge is rape, child molestation, or any other sex crime, your reputation can be ruined even before the case goes to trial. Unfortunately, most innocent people feel that false accusations will evaporate, and when the truth comes out, the whole incident will just blow over. That kind of wishful thinking allows a false narrative to go unchallenged and quickly metastasize. Before you know it, people accept the accusation as fact because it’s the only version they’re hearing.

The most important step an innocent person can take is to hire an experienced criminal defense lawyer to handle the situation. This means getting over the prejudiced view that only the guilty hire attorneys. First of all, that’s not true. Prudent people hire attorneys because they know an attorney will:

State and federal authorities prosecute sex crimes aggressively, so it is very easy for an innocent party to get caught up in an overzealous investigation and suffer permanent reputational damage. There is also the very real danger of being wrongly convicted. That could mean a lengthy prison sentence and a permanent requirement to register as a sex offender. However, even if the truth comes out, you can be convicted in the court of public opinion and live under a cloud of lingering doubt the rest of your life.

With everything you stand to lose, you cannot afford to go without professional legal representation on the slim hope that cooler heads will eventually prevail.