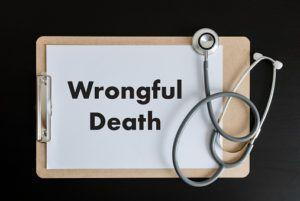 The widow of a tree-removal worker killed in May 2015 has filed a wrongful death lawsuit against the manufacturer of an aerial lift that allegedly malfunctioned and struck her husband, who died before emergency personnel could respond. Carol A. Shaud, the administratrix of Michael D. Shaud’s estate, filed her action on February 9 in the Philadelphia County Court of Common Pleas. Defendants are Altec Industries, Inc. and Altec, Inc. of Birmingham, Alabama; Altec Corporation of Philadelphia; and Mickey’s Truck & Equipment Sales and Mickey’s Truck & Equipment Sales, Inc. Although we cannot comment on the merits of this case, the facts as they appear in the PennRecord illustrate some of the legal hurdles involved when a worker is killed on the job.

Mr. Shaud was part of a three-person tree-removal team employed by Shull’s Tree Service, Inc. They were using a 1994 Altec LR III aerial lift mounted on a GMC Topkick Chassis. A co-worker was aloft in the bucket, while Mr. Shaud gathered debris from the ground. A third co-worker, Paul Willman, witnessed the tragedy and is reported to have “felt the vehicle shake uncharacteristically.” That shaking turned out to be the boom arm collapsing, ejecting its operator and striking Mr. Shaud.

To recover full compensation for her husband’s death, Mrs. Shaud must be able to prove that a third party with whom her husband did not have an employer-employee relationship was negligent in causing her husband’s death. Since an equipment malfunction seems to be the proximate cause of death, Mrs. Shaud has sued companies responsible for the manufacture and sale of the equipnt. Here is where her case becomes really complicated.

A manufacturer is only liable for faulty equipment if a defect exists at the time of manufacture. The equipment in question is a 1994 model. If this means the equipment was manufactured in 1994, it has been in service for more than 20 years. It would be difficult to prove that a defect that existed at the time of manufacture only manifested itself 21 years later. The defendant manufacturers will naturally try to demonstrate that the Altec LR III is a sound product and any defect was due to improper maintenance, such as the owner’s failure to replace worn parts.

If maintenance is the issue, Mrs. Shaud may have a case against Mickey’s Truck & Equipment Sales, if they sold the equipment recently enough to still have been responsible for its maintenance at the time of the accident. However, if Shull’s owned the equipment for a significant amount of time, Mrs. Shaud would have to attach another defendant: the service company Shull’s contracts with for maintenance of its equipment.

As this case indicates, wrongful death litigation can be highly complex. If you have lost a loved one due to someone’s negligence, call Matthew R. Zatko, Attorney at Law at 814-443-1631 or contact my office online to schedule a free consultation.